LifeStyle Newsletter - And, the Answer is: More than $260 Billion

That’s how much Americans had spent on pain relief medications and treatments when the Institute of Medicine (IOM) completed its report in 2011. If you factor in lost
productivity, the economic cost of pain rose to more than $560 billion annually.1

If you’d like to spend less on pain medications and treatments, you may want to modify your diet. Many people include pain-fighting foods in recipes and meals. Here are a few
researchers have found may help ease discomfort:

• Ginger. EatingWell.com reported ginger does a lot more than settle stomach aches and provide relief for colds. “…ginger is rich in inflammation-fighting compounds, such
as gingerols, which may reduce the aches of osteoarthritis and soothe sore muscles.”3
• Grapes of all colors. The blend of antioxidants in grapes may help with everything from Alzheimer’s and Parkinson’s to cancer and aging. Grapes contain phytonutrients,
including phenols, polyphenols, resveratrol, and carotenoids, and are also a good source of vitamin K, copper, and B vitamins.4, 5
• Coffee. Next time you have a headache, drink a 16-ounce coffee (caffeinated). That should provide the 200 milligrams of caffeine needed to help with headaches – even
migraines!3
• Tart cherries. Whether you eat the fruit or drink the juice, cherries have anti-inflammatory and antioxidant properties as well as pomegranates, blueberries, acai, and
cranberries.3
• Turmeric. You may want to substitute turmeric for ibuprofen. It may help with arthritis pain and swelling, and may also help treat symptoms of Crohn’s disease, Irritable
Bowel Syndrome, and stomach ulcers.4, 6

If your joints are sore occasionally, you experience muscle tension after a tough workout, or you suffer from chronic pain, adding a few of these items to your diet may help.

Gingerbread: It’s Not Just for Christmas
The first known recipe for gingerbread was Greek and dates back to 2400 BC. Over time, recipes emerged in China and Europe, according to PBS.com. Queen Elizabeth I had the idea
to decorate gingerbread cookies with shapes varying from flowers in the spring to birds in the fall.7 Here is a fall recipe for gingerbread from Allrecipes.com. You can serve it
with a side of cherries, grapes, and other pain-fighting fruits.

3. The United States won two gold medals – one in the men’s event and one in the women’s – in a sport that was dropped from the list of core sports for the 2020 games. (It
was later reinstated.) Which sport was it?11, 12
a. Pole vaulting
b. Wrestling
c. Shooting
d. Kayaking

Thinking of Traveling to Japan?
The 2020 Olympic Games will be held in Japan, and they’re likely to be quite different from the Rio Olympics. CNN Travel described the current vision of Olympic planners:14

“A robot directs you to your stadium seat, while artificial meteorites streak across the sky. Down below, hundreds of performers decked out in traditional Japanese costumes
glide through the arena. You take all this in, as a multilingual translation app on your smartphone describes what's going on.”

If you’re planning a trip to the Land of the Rising Sun, you may want to familiarize yourself with Japanese customs before you go. Lonely Planet offers many tips, including
these:15

1. Be prepared to take off your shoes. Removing your shoes is customary when entering a private home, temple hall, traditional accommodation, or another establishment. You
may be given slippers to wear on wooden floors, but even slippers should be removed on tatami mats.
2. Bring small gifts from home. The Japanese exchange gifts for a variety of reasons. You may want to bring small items signifying your home state or the United States,
such as magnets, key chains, or chocolate bars.
3. Replace a handshake with a bow (or an inclined head). While some Japanese people may shake hands, many bow when they meet, greet, or say good-bye.
4. Go ahead – slurp your noodles. It’s not rude to make noise while eating noodles. You’ll probably realize that pretty quickly.
5. Don’t leave a tip behind. Tipping is not a custom in Japan. If you do offer a tip, put the money in an envelope first.

Taking time to learn about Japanese customs before you travel can make the trip far more enjoyable. 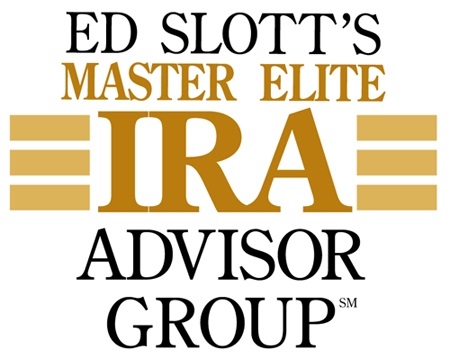 If your stress and anxiety levels are reaching a breaking point, you’re not alone. A recent Kaiser Family Foundation (KFF) poll found 45 percent of adults in the United States are feeling worry and stress related to the coronavirus....

2020 is destined to become an indelible chapter in American history. In just six months, we have suffered a pandemic, encountered economic and financial disruption, and tackled civil justice issues. After all that, we deserve a...

Has the Economy Begun to Recover?

As coronavirus restrictions ease and businesses reopen, the American economy should gain steam. Data released in May and June, including employment, payroll, and manufacturing numbers, suggested the economy may have hit bottom in April...